Mary Baker is a political activist, author, and educator residing in San Diego, California. Her first book, Citizen Ninja: Stand Up to Power was published by Ronin Publishers in 2016 and is available on Amazon and Barnes and Noble on-line bookstores. Mary is a Keynote speaker covering topics such as Sustainable Development, Civic Engagement, and American Governance. She has also been a guest on several radio programs, most notably conservative commentator and radio personalities Barbara Simpson, the “Babe in the Bunker”, John B. Wells, “Caravan to Midnight”, and the late Dr. Stan Montieth of Radio Liberty.

Mary has served on several non-profit executive leadership teams including San Diego/Orange County Chapter of Citizens’ Alliance for Property Rights, and Citizens for Quality Education—San Diego. Mary is the immediate Past-President of California Federation of Republican Women—Southern Division and Rancho Bernardo Republican Women Federated. In spring 2015, Mary was appointed to serve on the City of Poway Budget Review Committee as well as the Poway Road Corridor Study Ad Hoc Committee.

Following a successful activism workshop in 2014 called How to Become a Citizen Ninja™ when Mary taught over 800 citizens how to participate in the civic process effectively, she has recently teamed up with Patrick Wood, author and commentator for Technocracy News. Together they launched www.localactivist.org, the new home for Citizen Ninja on-line activism training and networking. 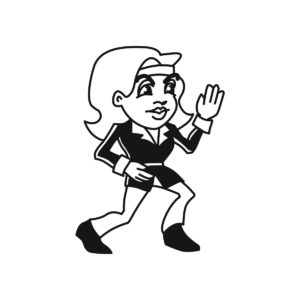 I was born in the United States but grew up in Europe— Belgium, France, and Switzerland—and for nine years I attended French-speaking schools. At age 13, when my family moved to New York, I struggled to assimilate. I didn’t fit into American culture, and my peers showed no interest in knowing about the one I had grown up in. To fit in, I dumped my European persona and superficially embraced this new world, but in my heart I was a teenager with no identity.

It wasn’t until I was 22, in 1986, when I attended a professional baseball game, that I became an American in my heart. Tom Seaver was pitching one of his last games for the Red Sox against the New York Mets; the team he propelled to the World Series in 1969. The New York Mets fans were ecstatic because they were going to see “Tom Terrific” pitch his 300th win—he was still their hero. For the first time since moving back to the U.S., I stood up with over 60,000 American baseball fans and sang the National Anthem. Tears rolled down my cheeks as the powerful lyrics overwhelmed me. In that moment, I became not just a fan of baseball but a fan of America! I felt the surge of patriotism that would drive my devotion to this exceptional and inspiring country.

Over the years I reintegrated the European culture I had left behind and came to discover this blending of cultures was part of the U.S. immigrant experience. Though I have always been an American citizen on paper, at first I wasn’t an American patriot. Like other naturalized citizens, I made the choice to learn about the United States Constitution, the Bill of Rights, and the Declaration of Independence. I memorized the Pledge of Allegiance and the National Anthem. I studied America’s system of government and participated in elections. Eventually, I realized I was a citizen who had a role to play not just in my community but in the society of politics.

I am still learning and understanding the covenant of liberty our Founding Fathers and Framers forged for us in the nation’s founding documents. The work I do as an activist, author, and educator is now part of my civic contribution to safeguarding the American dream of life, liberty and the pursuit of happiness—for all citizens and future generations.